The Alchemy of the Amphitheatrum by Dr. P.J. Forshaw 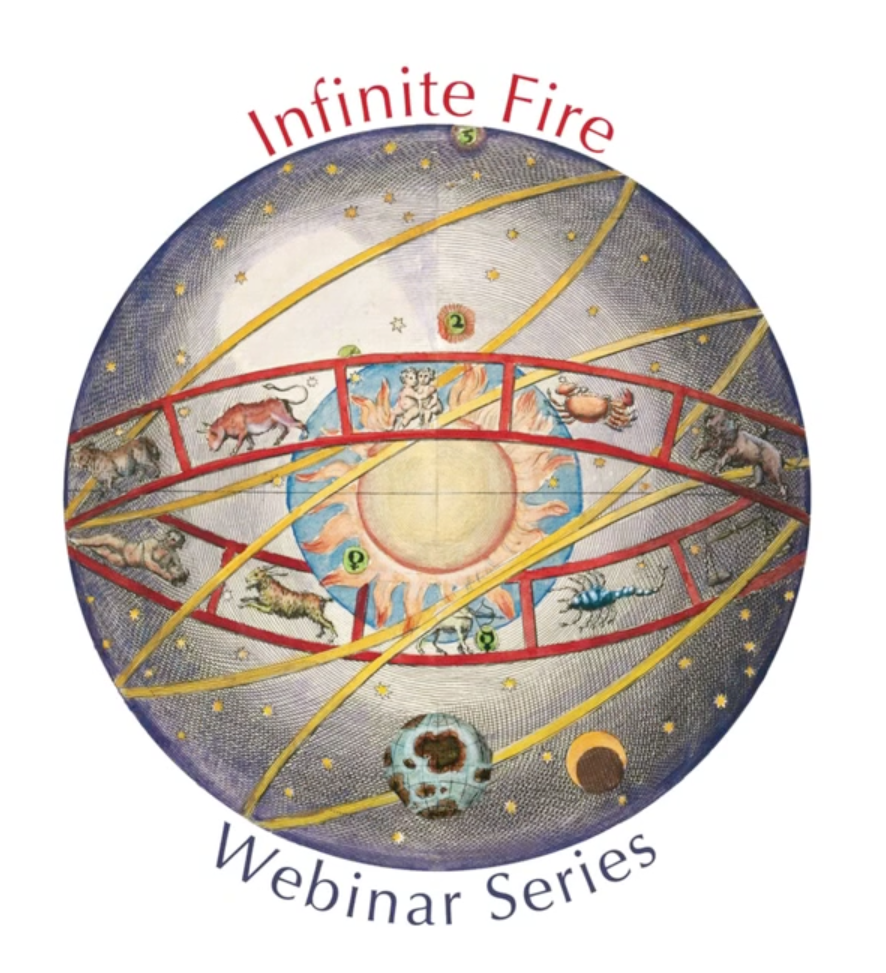 The 1st Infinite Fire Webinar is online! Dr. P.J. Forshaw of the Center for History of Hermetic Philosophy and Related Currents, UvA shares his knowledge on Heinrich Khunrath or Dr. Henricus Khunrath as he was called, who was a physician and Hermetic alchemist. In the webinar a focus is put on Khunrath’s Amphitheatrum Sapientiae Aeternae – The Amphitheatre of Eternal Wisdom (originally published in 1595), which has traditionally been considered to be a strange mix of Christianity and magic. Peter elaborates on the alchemical symbolism of 4 circular and 5 rectangular engravings integrated in the Amphitheatrum. A famous plate is the Tabula Smaragdina or The Emerald Tablet, to be considered one of the main inspirational works for alchemists, Hermetic philosophers and Rosicrucians. Read more…

Or watch the webinar directly on the Ritman Library Youtube channel.

EXHIBITION
ALCHEMY ON THE AMSTEL  –

ON HERMETIC MEDICINE IN THE GOLDEN AGE OF THE DUTCH REPUBLIC 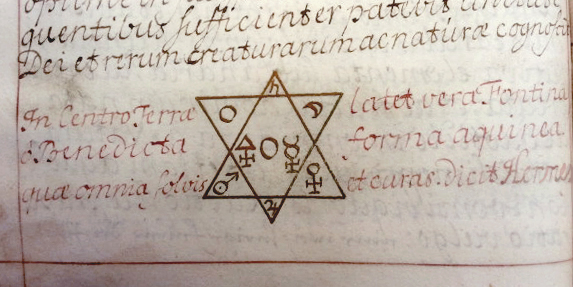 The Alchemy on the Amstel exhibition is now open! Besides an specific overview of Alchemy in the Golden Age of the Dutch Republic as the exhibition has puts its focus on, its larger theme of Alchemy may also provide an inspirational source for the time we live in today. As with its meaning, Alchemy as a discipline or practice represents different intentions, styles and ways. Though all these different approaches somehow seem to find their place in what might be called ‘The Art of Change’. Read more…

A guided tour in the library by exhibition curator Cis van Heertum will be offered on November 2nd and December 7th at 14.30h. Reservations can be made at bph@ritmanlibrary.nl. For next week’s tour a few places are still available.

‘Alchemy on the Amstel’ will be running from October 15 2012 through May 17 2013 in conjunction with Leyden’s Luxuriance, Green Discoveries in the Golden Age, on show in Museum Boerhaave from October 11 2012 through May 5 2013. ‘Alchemy on the Amstel’ and ‘Leyden’s Luxuriance’ run parallel to an exhibition about the history of Pharmacy on show in de Universiteitsbibliotheek Leiden from October 5 2012 through December 31 2012. The exhibition deals with rare books on botany, pharmacopeia and books on the Swiss physician and alchemist Philippus Aureolus Theophrastus Bombastus von Hohenheim or Paracelsus.

VISIT THE LIBRARY
GROUP & GUIDED TOURS AND RESEARCH VISITS IN THE LIBRARY
The Ritman Library offers guided tours of the library every 2nd and 4th Wednesday of the month from 14:30-16:00 at € 7,50 per person. On every 1st and 3rd week of the month we offer group tours on request. You can contact us by email or phone to discuss opportunties. Read more… In the past month the Lectorium Rosicrucianum in Africa and Brazil and the Nederlandse Vereniging van Handboekbinderijen visited the library. For more impressions have a look at our Pinterest page! Or visit the library online in our virtual tour: in image and text you will get the chance to visit the library in a virtual environment. 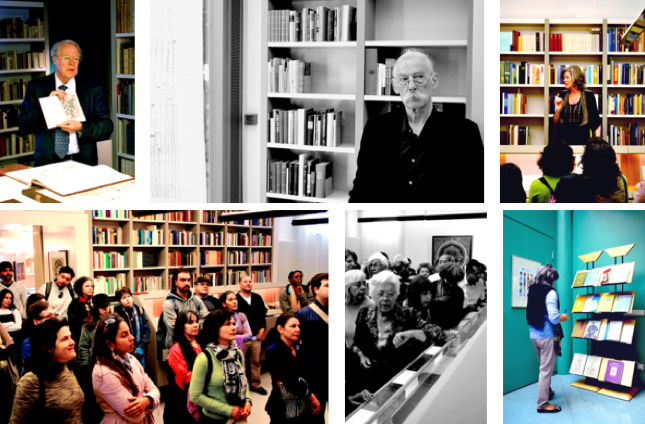 The primary source material (manuscripts and printed books before 1800) can only be consulted in the reading room at advance notice. Please notify the librarian by email or phone of any titles you wish to consult to avoid disappointment, as some works may be temporarily unavailable. Modern works (post-1800 material), which are on the open shelves, can generally be consulted without having to give prior notice. We would greatly appreciate an e-mail or phone call announcing your visit to the library. Requests for pre-1800 material need to be prepared.
PATRONAGE PROJECTS
INTERNATIONAL SCIENTIFIC CONFERENCE  |  RUSSIA & THE GNOSIS 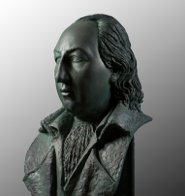 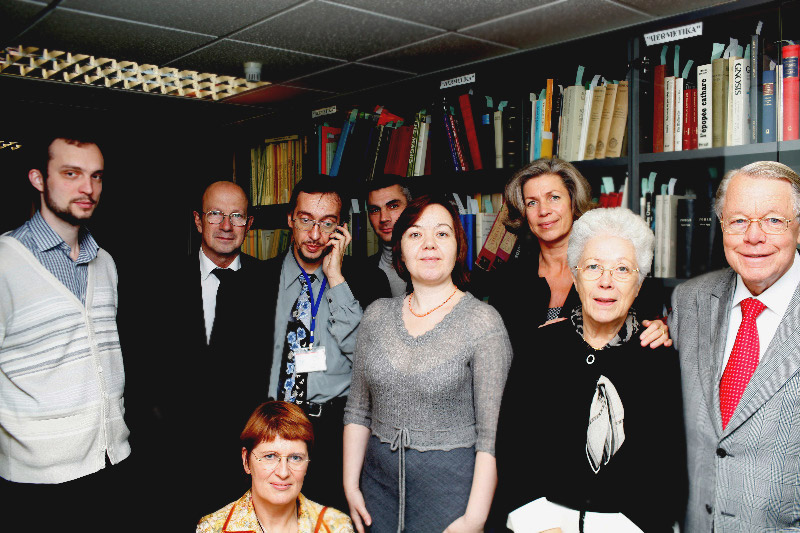 Last week Ritman Library founder Joost R. Ritman and his wife Rachel Ritman were together with director & librarian Esther Oosterwijk-Ritman special guest at the International Scientific Conference. The conference took place in Moskow, Russia from October 15th until 17th and celebrated the 90th anniversary of the M.I. Rudomino All-Russia State Library for Foreign Literature (VGBIL). It was co-organized with the Scientific Research Department for Religious Literature and The Scientific Research Centre ‘The Free Philosophical Society’ and with participation of the Foundation Sobranie and charitable foundation Delphis. Read more… 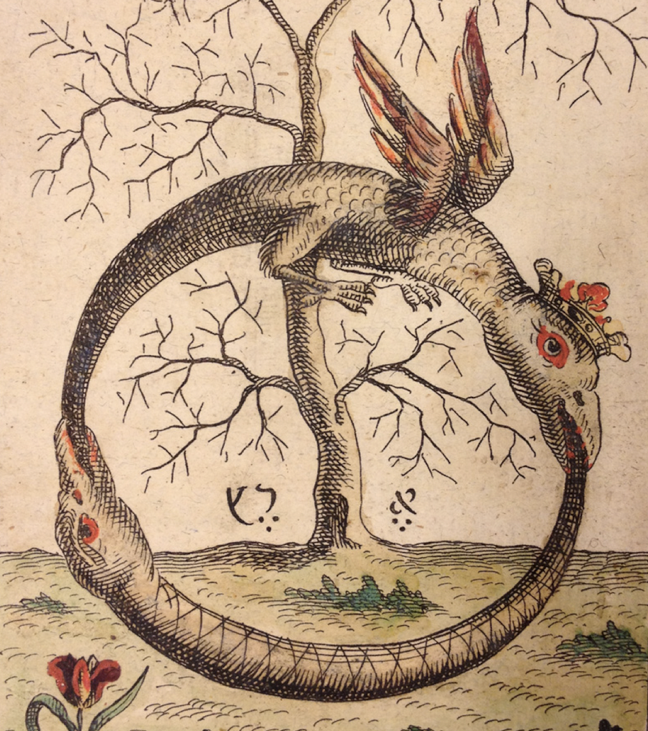 ‘But there is more to be said about the Hermetic synthesis, which is also reflected in the prophecy attributed to the Cathars: a testimony to the ideals and convictions of the Cathars of the Languedoc. I will only quote a part of the prophecy, but I am sure you will be reminded of the spirit of the Tabula Smaragdina’: ‘It recognises that the time has come for the supreme transmutation, the ultimate alchemical act, the conscious change of the ego into a voluntary return to the whole’. Read more… 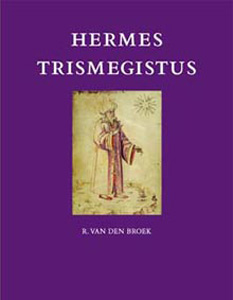 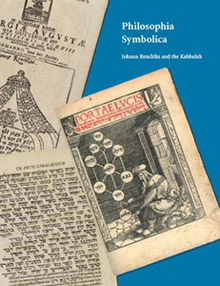 Does Woman Exist? Agrippa von Nettesheim and Slavoj Zizek on Women and (their) Presence | Joyce Pijnenburg 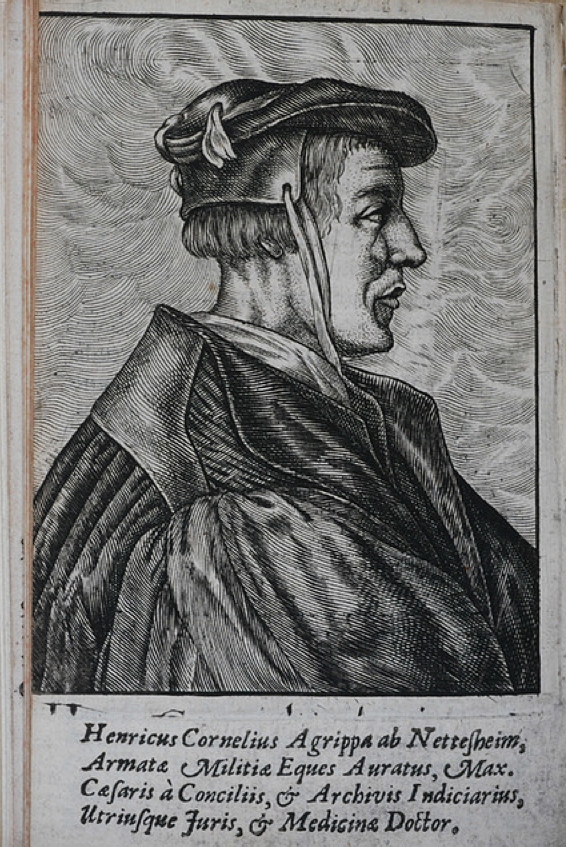 Agrippa von Nettesheim (1486-1535), author of the famous work on magic Three Books on Occult Philosophy (henceforth Occult Philosophy) and of the sceptical On the Uncertainty and Vanity of the Arts and Sciences (henceforth Vanity), also wrote several other works, smaller in size but not necessarily less widely read. One of these is the Declamation on the Preeminence and Nobility of the Female Sex (published in 1529; henceforth Declamation), in which the humanist and magus praises women to almost incredible heights, and according to principles that cannot be found in the traditional, medieval, style of courtly love. He dedicated the work to Margaret of Austria, who consequently employed him as advisor and historian for a brief period. The work would become a landmark in the at this time growing discussions on women and marriage and would appear in various editions and translations in a multitude of languages – one of which I will comment on in this blogpost. Agrippa also wrote a treatise on marriage (after 1526) and in 1519, in an important trial in Metz, he successfully defended a woman against accusations of witchcraft. Not unsignificant in the present context, moreover, is the fact that he wrote a tractate on original sin (composed before 1519), in which he presented a radically new interpretation of the fall in Genesis. [..] Read more… 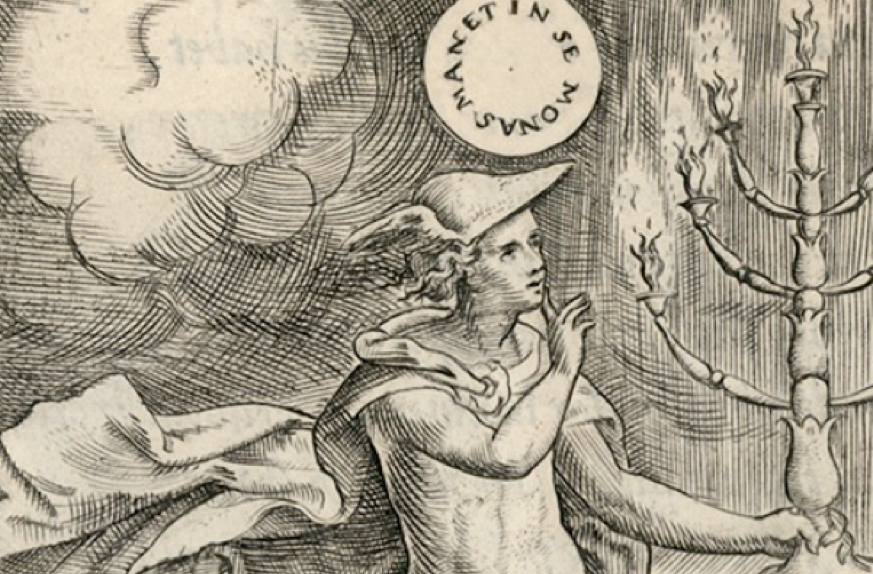 Translation of Joost R. Ritman’s response to the laudatio delivered by prof. dr. Maria A. Schenkeveld-van der Dussen, chairwoman of the Arts Department of the Royal Netherlands Academy of Arts and Sciences, on being awarded the Academy’s Silver Medal on 13 May 2002.

‘We live in times of great social change and of deep social problems, times in which millions of people flee impending dangers of war, times in which shortages of food and water supplies are a major threat to our world and our natural resources are close to being exhausted. Standing on the brink of a threatening world conflict which draws a sharp divide between millions of people living in sickness and poverty and a relatively small group living in prosperity, the question is justified whether now is not the time to take renewed control and counter a pending global catastrophe’ [..] Read more. 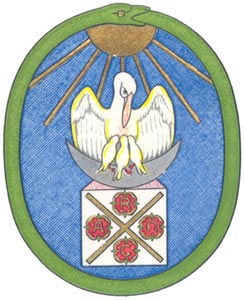 To me, the founder of the Bibliotheca Philosophica Hermetica, the Brotherhood of the Rosycross remains a lasting inspiration, captured in the symbol which is the emblem of the library’. 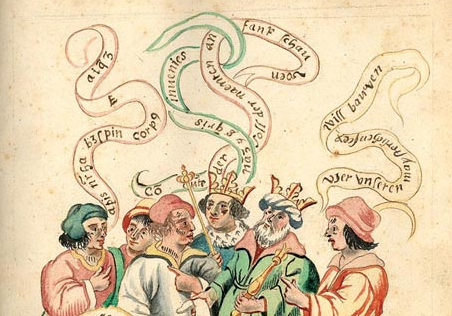 A single person, a single donation, can make a world of difference. From a one-off donation to a lifetime involvement as a friend, a patron, or an ambassador, from private to corporate sponsorship, from financial investment to investment on another basis: there are many ways to support the library and start a relation of trust and reciprocity with us. The Ritman Library is an institution cherished by many, an embassy of the free spirit, a home to the world’s wisdom and knowledge, but it is also a charity depending on the donations, patronage and support of those who subscribe to the aims of the BPH Foundation. You can make a difference to help protect and develop the field of wisdom and knowledge preserved by the Ritman Library, that of the living tradition, man’s journey to the heart. Read more… 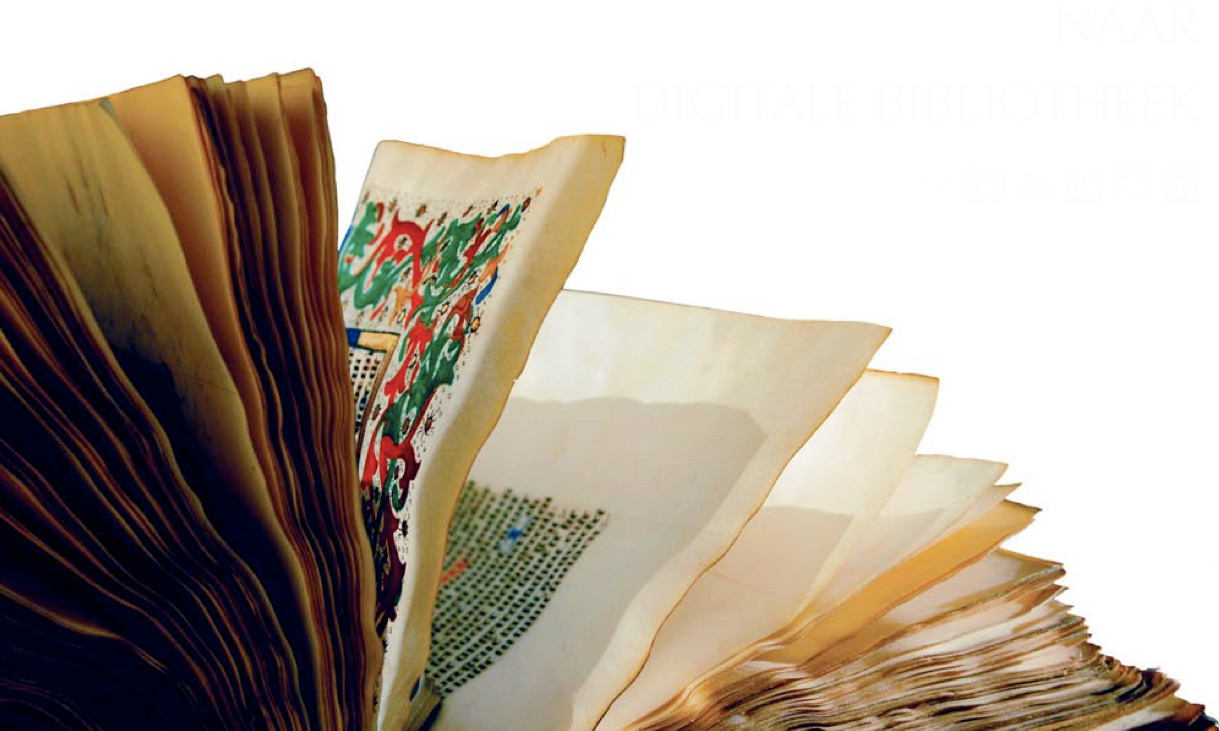